The Harmful Truth about Gay Conversion Therapy: Understanding the Dangers and the Damage it Causes 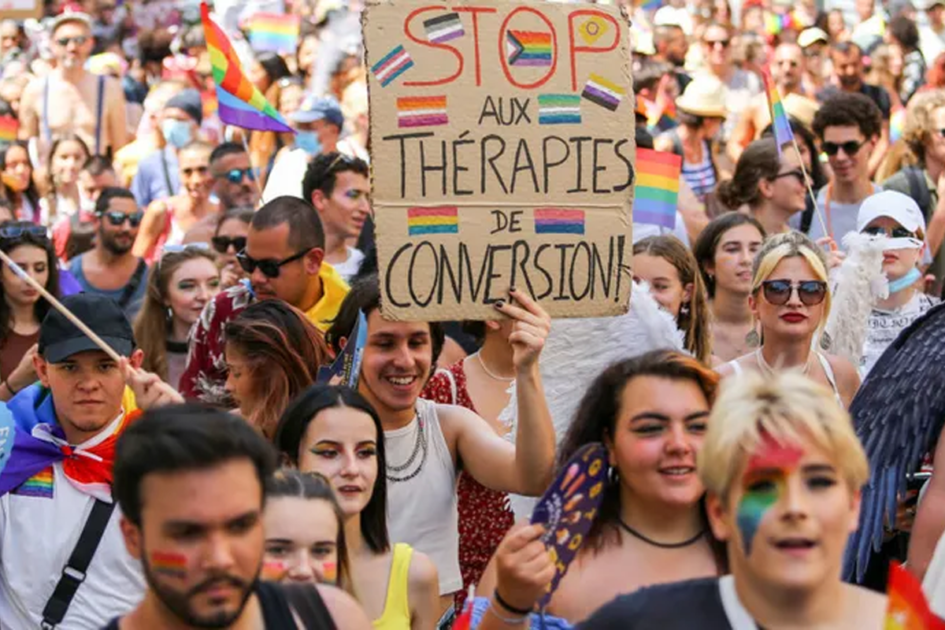 Gay conversion therapy, also known as reparative therapy or sexual orientation change efforts, is a controversial practice that aims to change an individual’s sexual orientation from gay to straight. This practice has been widely discredited by numerous professional organizations and mental health experts, and has been shown to cause harm to those who undergo it.

Matthew Grech, a member of River of Love, is currently facing prosecution for promoting gay conversion therapy. He argues that Malta’s recent ban on the promotion of conversion therapy is a violation of his right to free expression and that it is a way for LGBT+ lobbies to silence pastors and gospel ministers. However, it is important to note that Grech publicly admits that he was in a homosexual relationship with himself, which means that he is living a lie. No one can change their sexual tendencies, they can only oppress them.

This is a common thread among those who promote gay conversion therapy. They often have a history of suppressing their own same-sex attractions and then projecting those feelings onto others, claiming that being gay is a choice and that it can be changed. This is a harmful and untrue belief, as numerous professional organizations and mental health experts have stated that sexual orientation is not a choice and cannot be changed through therapy.

Furthermore, Grech as mentioned above, forms part of a “religious” group called River of Love, which has been accused of practicing “conversion therapy” but has never been charged over it. The group has been described as a borderline sect, and it is concerning that they are promoting harmful and discredited practices.

The dangers of gay conversion therapy are well-documented. There are numerous examples of individuals who have committed suicide after undergoing therapy. One well-known case is that of Leelah Alcorn, a transgender teenager who committed suicide in 2014 after being forced to undergo conversion therapy by her parents. Her suicide note, which was posted on her Tumblr account, described the therapy as “torture” and called for it to be banned.

Another case is that of Ryan Kendall, who underwent conversion therapy as a teenager and later testified before the California State Assembly in support of a bill banning the practice. In his testimony, Kendall described how the therapy caused him to hate himself and led to years of depression and anxiety. He stated, “The idea that my sexual orientation could be changed was used to justify years of abuse and mistreatment by my family and the therapists they sent me to.”

It is our duty as a society to support and love one another and allow everyone to love whoever they want to love, as long as they’re not hurting anyone. Sexual orientation is a fundamental aspect of an individual’s identity and should be respected and accepted, not shamed or stigmatized. We must reject harmful practices like gay conversion therapy and instead support and empower individuals to live authentically and accept themselves for who they are.

It is crucial that everyone understands that being gay is not a disease, it’s not something that needs fixing, it’s not a sin, and it’s not something that can be changed. It’s a normal variation of human sexuality and it should be celebrated, respected and protected. It is our responsibility to ensure that no one is subjected to these harmful and discredited practices, and to support and empower individuals to live authentically and accept themselves for who they are.

Gay conversion therapy is a harmful and discredited practice that has been shown to cause harm to those who undergo it. It is important to recognize and respect an individual’s sexual orientation and not attempt to change it through these harmful and ineffective methods.

This is a topic that although it doesn’t impact me directly, I will forever be on the forefront to fight for it. Whoever knows me knows that I’ve been to gay prides when it was still frowned upon to be go, I’ve fought for gay marriage when my own political party wasn’t in favour. I argued in public and in closed meetings for the civil liberties that this country has seen over the last decade and a half and I will not stop now. There’s much more that we have to do, but the most important thing is that we continue supporting our brothers and sisters to be free. Free to love whoever they want.

Alas, I am very glad to see that those who promote or practice gay conversion therapy are held accountable for the harm they cause. This is the right way forward.