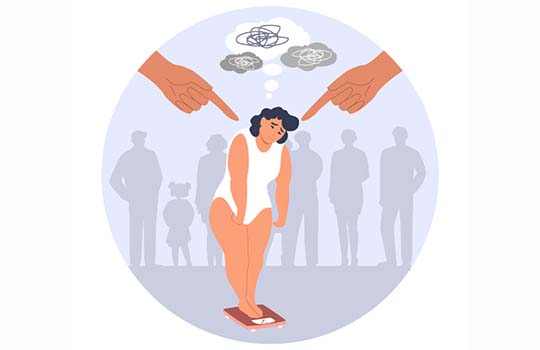 Today’s subject is quite a touchy one. I’m going to be mentioning a few cases that happened to me personally throughout my life where I was fat-shamed, picked on or else discriminated against because of my size. This blog isn’t written so that people feel sorry for me, trust me I’m a very strong person and these experiences, in one way or another, helped shape my character today. The only reason I’m writing this blog is to raise awareness on how fat-shaming, bullying and discrimination due to size is actually a real thing.

It affects the strongest of people, yes for a while it used to bother me and some cases bothered me more than others, however for some people fat shaming can have a devastating impact on them.

This will be a multi-arch blog where I will write a few cases every-time in order to keep the blogs as short as possible and interesting to read. In the meantime may I invite ANYONE that has been fat-shamed, picked on or else discriminated against themselves because of their size to feel free and send me their story either via email at alan@abela-wadge.com or else via Whatsapp on 79244924 or else you can find me on Facebook by clicking here and share your story with me. I promise to reproduce your story in the next parts of this multi-story arch without mentioning your names to protect your identity.

I will be only mentioning 5 stories here for today. Some were more serious than others. In the meantime I will be writing the next part in due time. Once again, please do feel free to contact me with your stories if you want to share them anonymously and help raise awareness to stop fat-shaming once and for all.

1. A few years back I was on a flight from Milan to Frankfurt and I was sitting on an aisle seat and next to me were two Italian friends. Being fat I squeezed in my seat as much as I could. The guy next to me, whilst assuming that I didn’t understand Italian told the guy next to him “Oggi ho questo maiale accanto a me” which means “I got this pig next to me today” then he proceeded to sneakily take a photo of me and send it to someone on messenger thinking that I didn’t realise what he was doing. Although today I regret my cowardliness to stand up for myself, at that time I felt ashamed and said nothing. Thinking that if I don’t think of it or mention it, it would be as if it never happened. Yet it happened and years later I still remember it clearly.

2. Growing up in Msida I was always involved in many different social organisations, practically I spent all my youth and teenage years involved in different groups and later I was a Local Councillor for Msida as well. Many people which were much older than me and didn’t know me by name knew me simply as Wadge l-Ohxon (The Fat Wadge). Most of the people obviously didn’t mean any harm by it and simply referred to me that way to distinguish me from my brothers. It’s one of those things that us Maltese sometimes do; refer to someone in a way without meaning any disrespect but unknowingly we can hurt that person. Honestly it never bothered me but I’m mentioning it because if others are referred to in a similar way to this, they can be distraught. Anyone from Msida who unknowingly referred to me like that, please do not bother about it, I forgive you and I still love you all 🙂

3. I remember clearly when once my family and I were enjoying a Sunday lunch buffet at a hotel and I went to get some food. I heard a woman telling her son to hurry up and go before me because most probably I will eat everything on the table. The kid obliged and ran like mad to go in front of me thinking that I was somehow going to eat a whole buffet. The parent unknowingly encouraged her son to look down on fat people and be somehow scared from them.

4. Back when I was in the early years of secondary school at Il-Liceo in Hamrun, still in form 1 or 2, there were these bunch of idiots that were in form 4 and 5 that used to enjoy picking up on me and calling me names such as l-ohxon (the fat one), porky and other beautiful names. This lasted for quite a while. Back then there wasn’t much awareness of bullying and how to handle it. Most times if someone reported bullying he would have been told to fight back and not let anyone bully you. Thankfully I always had an awesome group of classmates that we bonded well together and defended each other a lot. If it wasn’t for them, secondary school would have been much more difficult for me for sure.

5. Anyone remember mIRC? Yes we loved those beautiful times! As a teenager living in the new online world I tried to dip my toes in the online dating of mIRC which is NOTHING similar to what online dating is today. I chatted up this girl and after a few days chatting on mIRC we decided to meet up in Valletta since we were both young and didn’t drive. For those that remember the 90’s and 00’s Valletta meeting points you can definitely remember the cassette stand! I waited there for 2 hours over and above the time we were supposed to meet and when she never showed up I went back home. When I logged in back to mIRC and asked her what happened she cooly told me that she came and from afar saw that I was fat and she wasn’t bothered to at least say hello and bye and instead just left. For a 15 year old that wasn’t really a nice thing to hear.

Once again, I am not sharing these thoughts and memories for pity. I’m sharing them to raise awareness of how hurtful fat-shaming can be.